(2) Stack rolling. For ultra-thin aluminum foil with a thickness of less than 0.012mm (the thickness is related to the diameter of the work roll), due to the elastic flattening of the roll, it is very difficult to use a single-sheet rolling method, so the double rolling method is used, that is, the The method of adding lubricating oil between two aluminum foils and then rolling them together (also called stack rolling). Stack rolling can not only produce ultra-thin aluminum foil that cannot be produced by single rolling, but also reduce the number of strip breaks and increase labor productivity. Using this process, single-sided smooth aluminum foil of 0.006mm to 0.03mm can be mass-produced.

(3) Speed ​​effect. In the process of aluminum foil rolling, the phenomenon that the thickness of the foil thins with the rise of the rolling system is called the speed effect. The explanation of the speed effect mechanism still needs to be studied in depth. The reasons for the speed effect are generally considered to have the following three aspects:

1) The friction state between the work roll and the rolled material changes. As the rolling speed increases, the amount of lubricating oil introduced increases, so that the lubrication state between the roll and the rolled material changes. The friction coefficient decreases, the oil film becomes thicker, and the thickness of the aluminum foil decreases accordingly.

2) Changes in the rolling mill itself. In a rolling mill with cylindrical bearings, as the rolling speed increases, the roll neck will float in the bearing, so that the two interacting and loaded rolls will move toward each other.

3) The processing softens when the material is deformed by rolling. The rolling speed of the high-speed aluminum foil rolling mill is very high. As the rolling speed increases, the temperature of the rolling deformation zone increases. According to calculations, the metal temperature in the deformation zone can rise to 200°C, which is equivalent to an intermediate recovery annealing. The processing softening phenomenon of rolled materials. 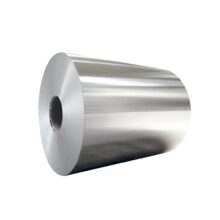 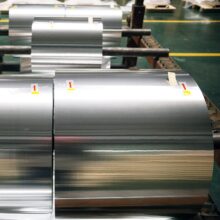 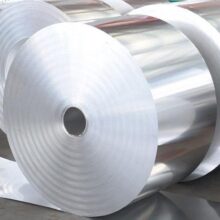 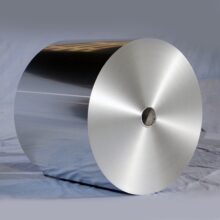